It's been about 2 years since I released the the old PHP version of RandomAPI. It was a cool idea that had potential, but looking back, there were many features that weren't fully fleshed out and the generation technology itself could have been much better. Instead of trying to reinvent the wheel with my own custom tailored "programming language" and "parser", I should have gone the route of using a language that was easy to learn and widely available and familiar.

A complete rewrite from the ground up in Node.js/Express, RandomAPI 2.0 promises to bring some much needed speed and feature improvements along with a much cleaner and less cluttered design. 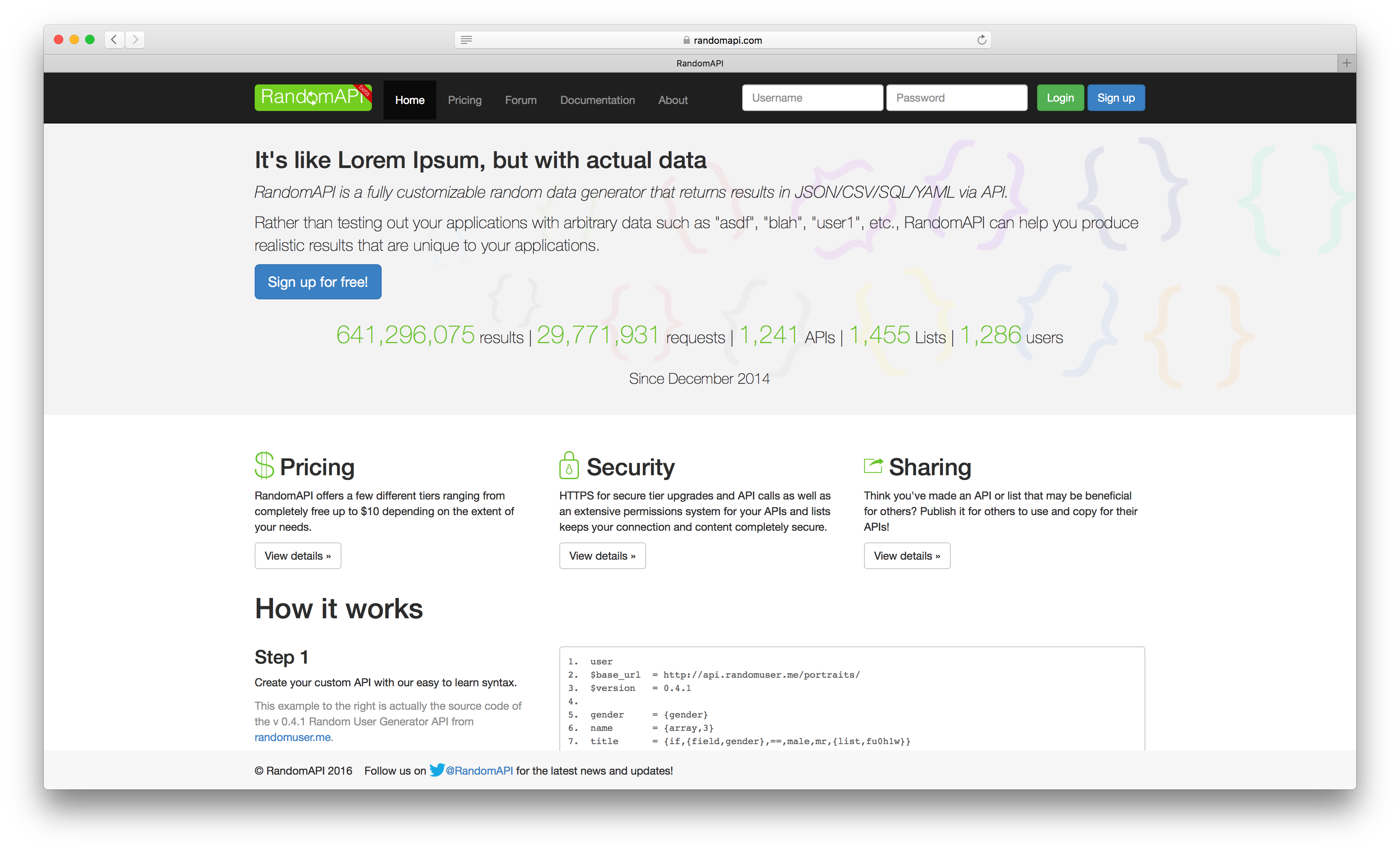 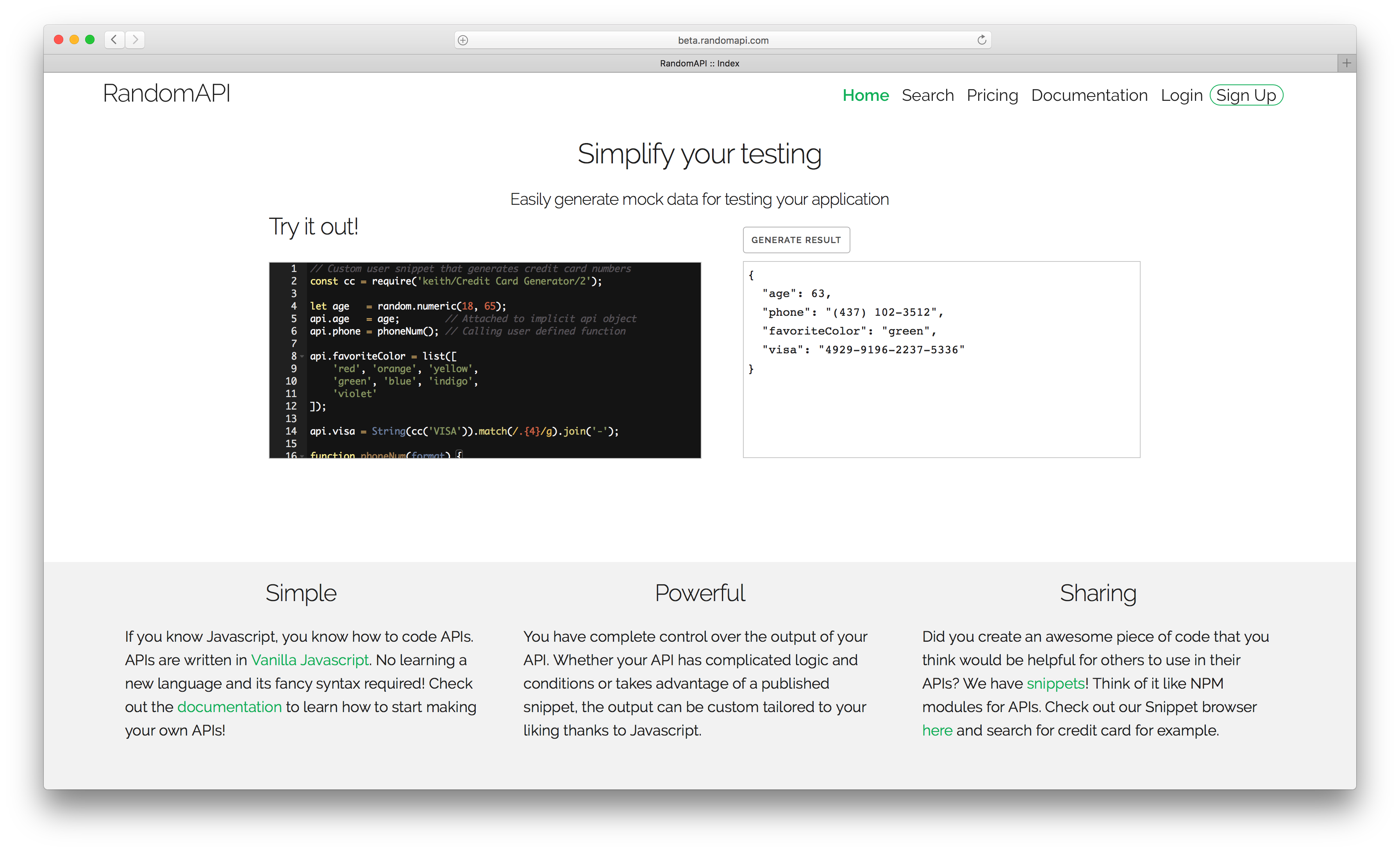 Instead of using an esoteric, homemade language, Vanilla Javascript is fully supported! Along with speed improvements, something that is familiar, easy to learn, and powerful improves the RandomAPI experience in every way.

Along with all of these huge improvements, RandomAPI 2.0 introduces a new feature that I think will be a big hit: Snippets. Snippets are user defined pieces of code that can be included in an API using the familiar require syntax in Node.js (read about it more here). If you've made a function or data generator that you think would be beneficial for other users, you can publish your snippet for others to import into their APIs! Think of it like NPM for Node.js modules.

And speaking of node modules, "global snippets" are included as well. Global snippets, a.k.a. node modules, are normal modules that you would require in a standalone node program. Some global snippets like Faker and Moment can be required into your APIs as well. Overtime, more modules will be added that can be helpful for your APIs. If you have any suggestions, feel free to send us a message!

And that's about it for now! The purpose of this blog will mainly be for updates as well as more in-depth tutorials than what the documentation provides. Thanks for reading!

What is an API?

When you think of an API, you typically think of a web endpoint that your application can request information…